2020 has been a watershed year. The world of carbon management is changing the mechanisms  required to reduce carbon in an ascending carbon world ARE different to the techniques and processes necessary in a descending one. Of course many leading businesses have been working on carbon descent for a number of years however it is the changes which have been realised since 2018 which create a new paradigm for the society emerging post lockdown. 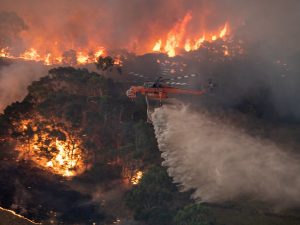 The campaigns related to the climate emergency started in 2016 in Australia based upon growing concerns that society was not recognising the impending global catastrophe related to climate change. By August 2019 the IPCC outlined that to meet a 1.5 degree global warming target we needed to reach net zero by 2050 at the latest. Twenty countries agreed to set long term paths towards that goal including the UK and in addition so did many states and regions and so the climate emergency was given a major boost with some tangible goals. Over 50 companies also committed to reach net zero carbon emissions by 2050. Since that time many thousands of companies and regions have declared emergencies and set goals to achieve net zero by 2050.

At the same time we have seen some significant milestones. Not many milestones in human achievements although solar technology has improved and the global population is much more aware that it was even 5 years ago. It is likely population growth will peak at 9.4 billion by 2070 and by 2019 the global emission of CO2 had peaked at 33 giga tonnes per annum (lets hope that’s the peak). The main milestones that have been reached this year are global tipping points. These tipping points have been set as global ecological and ecosystem indicators of us reaching a point where the natural systems change to adapt to a warmer climate. These tipping points bring about a process of positive feedback where the direction of change is exaggerated by the natural systems on the planet rather than being absorbed. This means we can expect natural systems to be become increasingly net contributors to global warming rather than the reverse.

This is a very dangerous situation. The fact that Australia has led on the climate emergency might be because 2 of the tipping points we have reached since 2016 are clearly evident in this part of the world. Of the major tipping points 9 have been or are being reached and these are demonstrated through:

To put this into perspective just accounting for the major forest fires demonstrates the following changes:

This quantity of carbon represents around 20% of all carbon released never mind its effect in reducing the tree cover which would otherwise absorb carbon. Since 2017 the Brazilian rainforest has been a net emitter of CO2 rather than an absorber.

7.5 billion tonnes of carbon dioxide release is the same as the annual carbon release from the US & Europe combined (4.8 and 2.9 billion tonnes respectively) – source the international energy agency iea.org.

1 billion tonnes of CO2 caused by climate change breakdown represents the same carbon emission as 2% of all climate change impacts over the year and equivalent to all aviation emissions in 2016 and half that caused through soil impacts and a third of the climate impact of all livestock etc (source ourworldindata.org).

So if you haven’t recognised it is an emergency I hope you have done now. The next step is to take action and that starts by making a genuine commitment. This is VERY SERIOUS! This is the most important decision you will make this year and probably yours and your families life. If you have anything invested in the future be it children, a garden, a business, a pension plan or even a pet goldfish then you need to take responsibility and to make some concrete steps right now.

All your investments should now be focused on a positive future and for that of the planet. Not only will that help to meet these global necessities but it will be the only way you and your lifestyle has any chance of remaining positive as well. The second most important step after deciding to act is to consider what the most practical and effective course of action is.

First we need to decarbonise, second we need to preferentially support others in their efforts to do the same and third we need to balance our emissions with positive carbon absorbing actions.

This article is the first of a series of weekly articles I am releasing related to sustainability and some of my latest work. Do not be despondent about this story or about the COVID epidemic. Change has to happen either voluntary or forced. Of course this will require wise heads and good leadership and we are only in the first stage of the transition. One thing to do is to embrace it and see how it helps us grow. If we take nature as our inspiration we cannot go too far wrong and that means simplicity, efficiency, generosity and beauty. Nature is giving and the law of the jungle is one of growth, interdependence and balance.

For my own journey I have learned a lot and have a great deal to share I have experienced how people can behave when they lose faith and trust including myself but also how this process can be a trigger for renewal and in the future posts I will be showing you how to do this simply and effectively in your business and your life. The strategy for success in the 21st Century and post Covid is quite different to the traditional methods we have used till now and I look forward to having that debate with you.

Happy New Year and let us see less egotism and more genuine service to one another.

As you will notice I have been developing this work under a new brand Earth-Rising Ltd. I am not planning any great launch or jamboree just a set of articles and information pieces to accompany my new work portfolio.

The brand is trademarked and I am looking for others who share my passion and commitment to save the earth. My story goes back to my early days with Chester Zoo breeding chameleons, doing an environmental degree at Oxford Brookes, travelling a year across Africa and meeting the Northern White Rhinos and Douglas Adams (both sadly demised) and making a commitment to put my life’s work to sustainable development through supporting and empowering others to make a real difference. In that my light continues undimmed although the present crisis is an indication that we all need to revise our approaches quite drastically and that starts with the self.